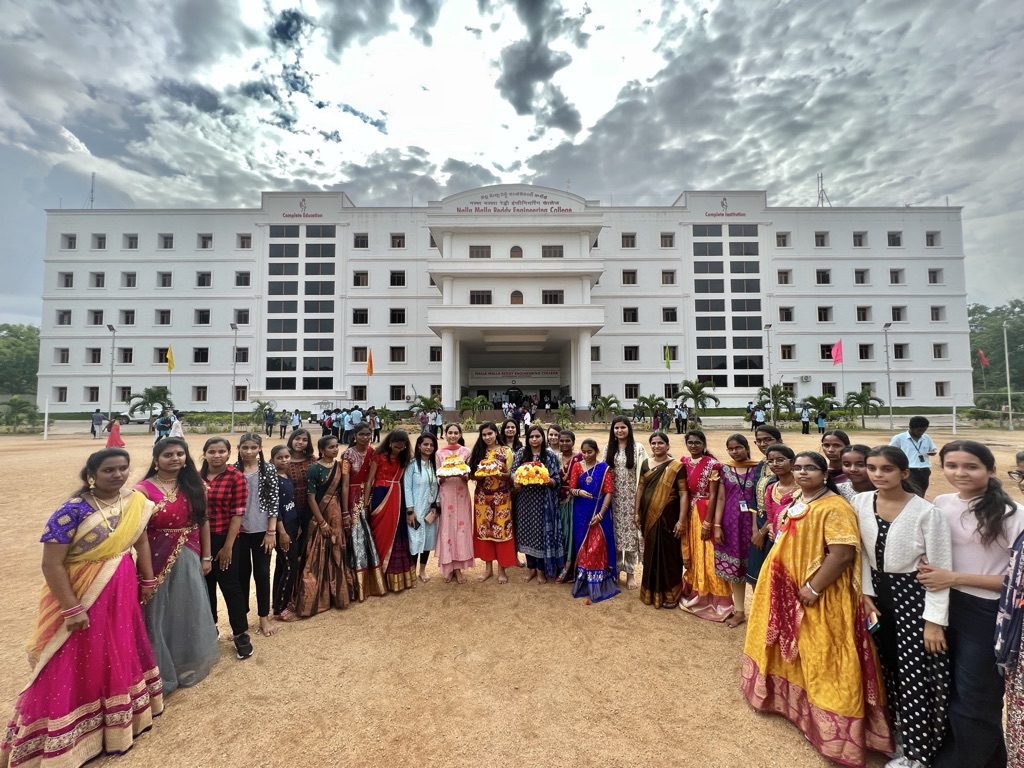 The program involved five-day long activities which enhanced cross cultural exchange aimed at developing an understanding, and appreciation of each other’s culture, habits and language. It also helped in developing a mutual bond and promote  the concept of unity in diversity.

Under this program NMREC received 47 students from Manav Rachna International Institute of Research and studies  as well as  schools of Haryana, along with four faculty members. The program started with an  orientation where AICTE officials from New Delhi including Prof. Rajive Kumar, Member Secretary of AICTE addressed the students. The Director NMREC, Regional officer AICTE, Principal NMREC along with nodal office EBSB  joined the program and welcomed the students of Haryana.

Students participated in cultural activities including folk dances and songs of both the states Telangana and Haryana. Batukamma the festival which celebrates life and is unique to Telangana, was celebrated by the entire college along with the guests from Haryana. The students picked flowers, made the Batukamma, and played with great zeal.

The guests could get a glimpse of the history of Telangana through their visit to heritage sites including Golconda fort, Charminar, and also Salarjung Museum. The visitors were also taken on a trip to Pochampally  village, located 50 km east of Hyderabad and known as Ikkat capital of India. The students interacted with the weavers and understood the hardwork behind the delicate  Ikkat  weaves. Also they understood the significance of the village in the Famous Bhoodan movement of India.

The students of both the states participated in poster making, rangoli, and sports activities. Throughout the program, students from Telangana and Haryana had a good interaction and learnt each other’s culture and language. One of the Haryana school student could also learn National pledge in Telugu language.

This five day long program which ended on 3rd. July 2022, enabled the students of both  the states to imbibe the chord of binding and brotherhood, the goal behind Ek Bharat Shershta Bharat.